The Disappearance of Goodnow Park 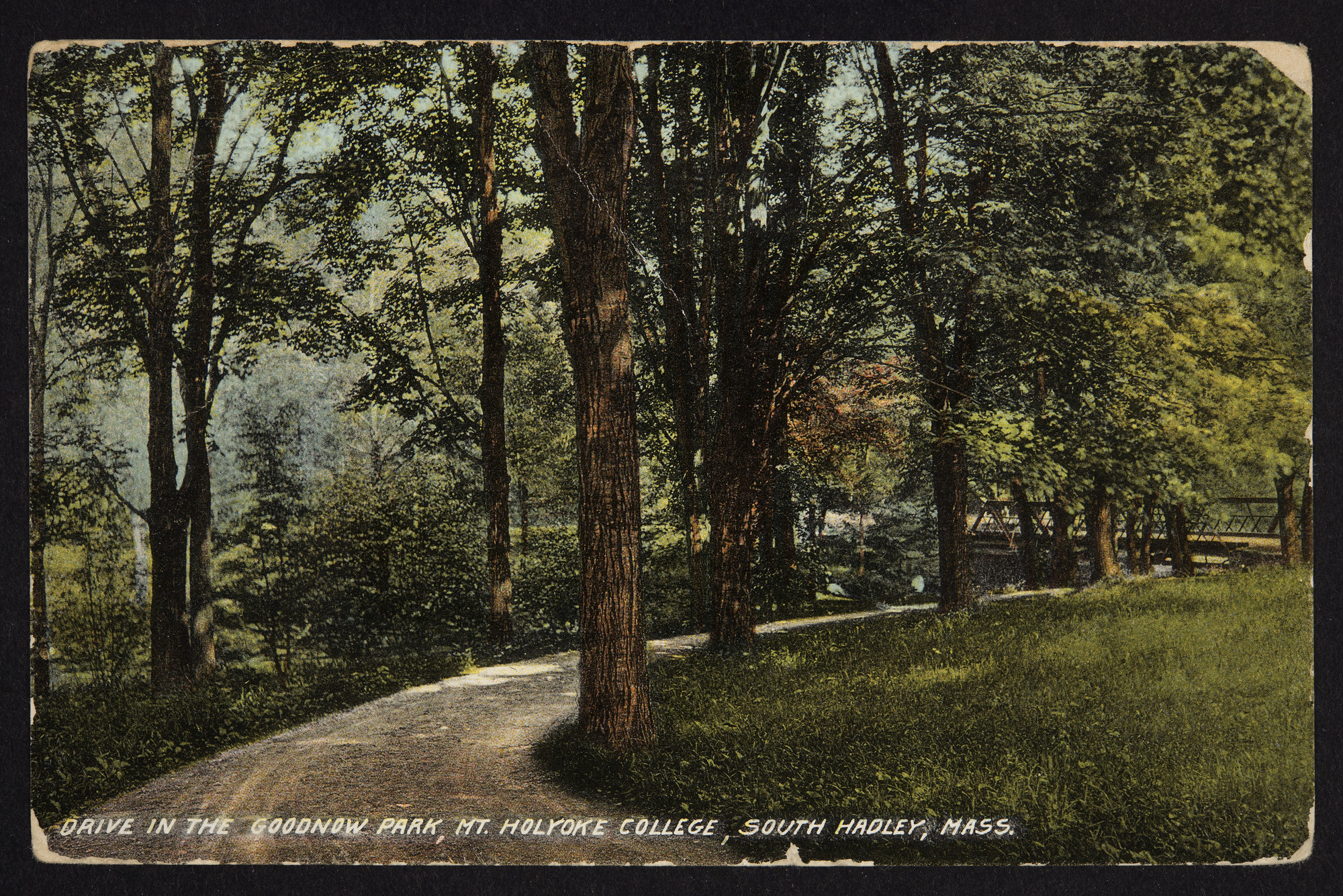 On the plan of the college provided by the Olmsted firm in 1900, Lake Nonotuck and Goodnow Park figure prominently. However, although this plan determined the location of most of the college buildings and open spaces, its recommended changes for Prospect Hill and Goodnow Park were not undertaken. Perhaps the costs of new roadways on the hill and two islands in Lake Nonotuck were inhibiting. Furthermore, the college showed little interest in perpetuating the park, and Lake Nonotuck had lost currency. It’s true that until 1914 many postcards and stereo views perpetuated the more elegant names for hill and lake, but this was because their evocation of the picturesque suited their marketing. The Drive in Goodnow Park, c. 1906-11  indeed pictures the embowered roadway leading from the Iron Bridge. Within the college community, after the initial enthusiasm for Goodnow Park, student and college publications referred only to Prospect Hill and Lower Lake. The new names had not taken hold and the park’s trees, which had not been significantly thinned or pruned, had overtaken the open spaces.

In fact, in March, 1910, J. C. Olmsted of the eponymous firm, drove up the carriageway to the summit of Prospect Hill. He was disappointed. “I urged a general thinning of trees all over the hill as they are crowding and spoiling each other. . . . Mr. Williston said they had been thinning but I thought it must have been merely dead and dying trees. At any rate it was quite insufficient.” Given this, the aspect of a park was rapidly disappearing and was virtually gone by about 1920. By that time Goodnow Park and Lake Nonotuck had disappeared entirely from the college vocabulary. And the Pepper Box? It had been little frequented in the previous decade. Dilapidated and vandalized, it was torn down that year. More hopeful signs have recently been made. The footpath of 1882 has been cleared and restored, and more attention is being paid to Prospect Hill.