Festivities at the Pepper Box 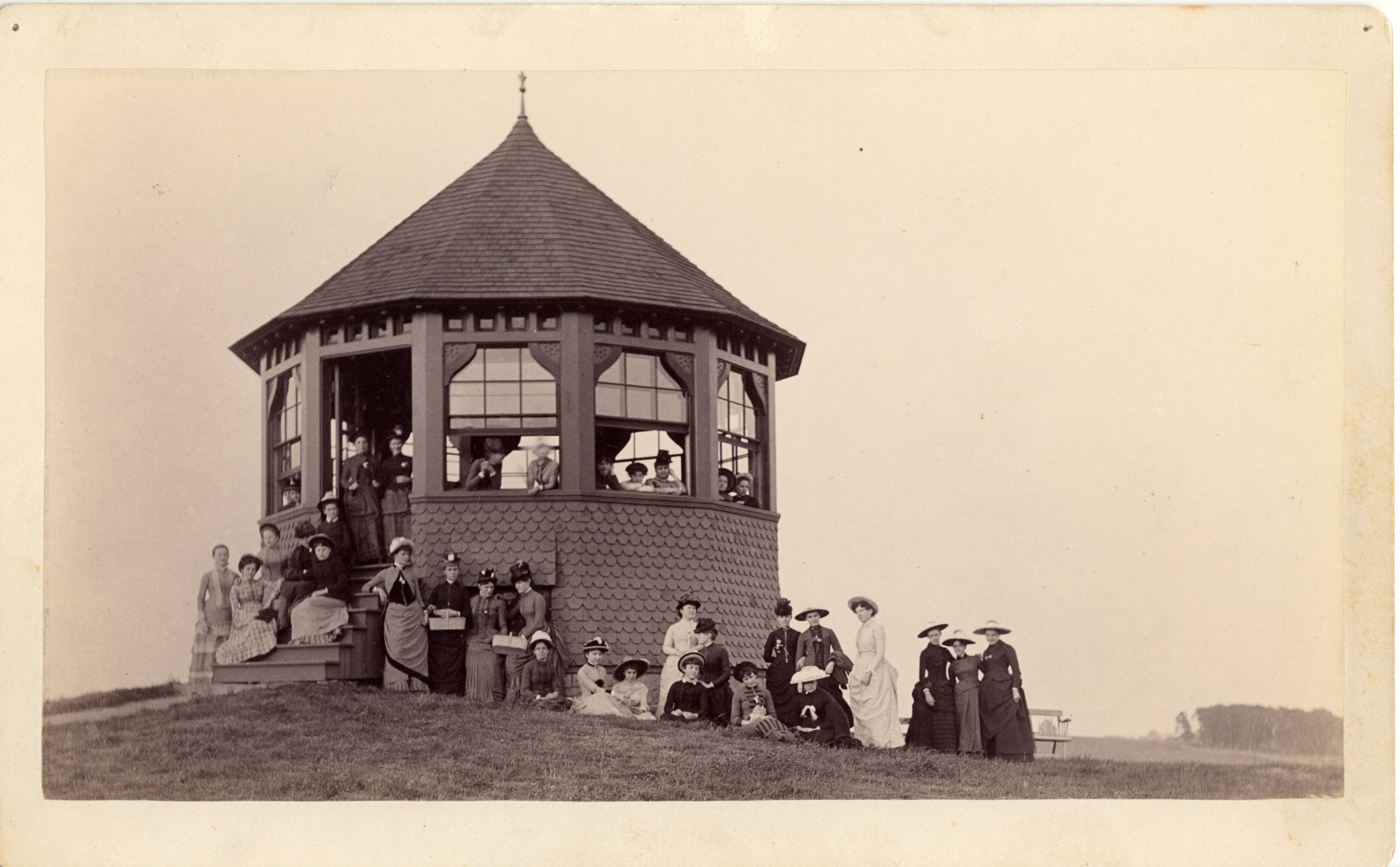 In 1884, when only a few saplings had been planted in the park, a twelve-sided pavilion was built on the crest of Prospect Hill. It was immediately dubbed the Pepper Box because it took the shape of a common household item. With wide windows and a dark red conical roof, the pavilion quickly became popular among the students. A crowd of women, some with picnic baskets, come together in A Gathering at the Pepper Box, 1888-90. The pavilion was centered in a large clearing––a bench shows to the right––where Mayday festivals were commonly held. “Walk with us up the winding foot-path to our pretty pavilion in Goodnow Park on Prospect Hill” wrote the teacher Ellen Bowers in a Journal Letter of June 10, 1885. “The meadow is full of buttercups and daisies as of old, and the little foot-bridge by the wheel-house [pump House] is the same, but the boat-house below is a new resident . . .   A bridge is soon to be built across our little brook near the boat-house for the carriage-road which winds up the hill in Goodnow Park.” Indeed, to make a more public entrance to the new park, an iron bridge was installed over Stony Brook in 1886; it is still there. It initiates the road around Lower Lake and leads to the broad carriageway that today slants upward behind Prospect House. 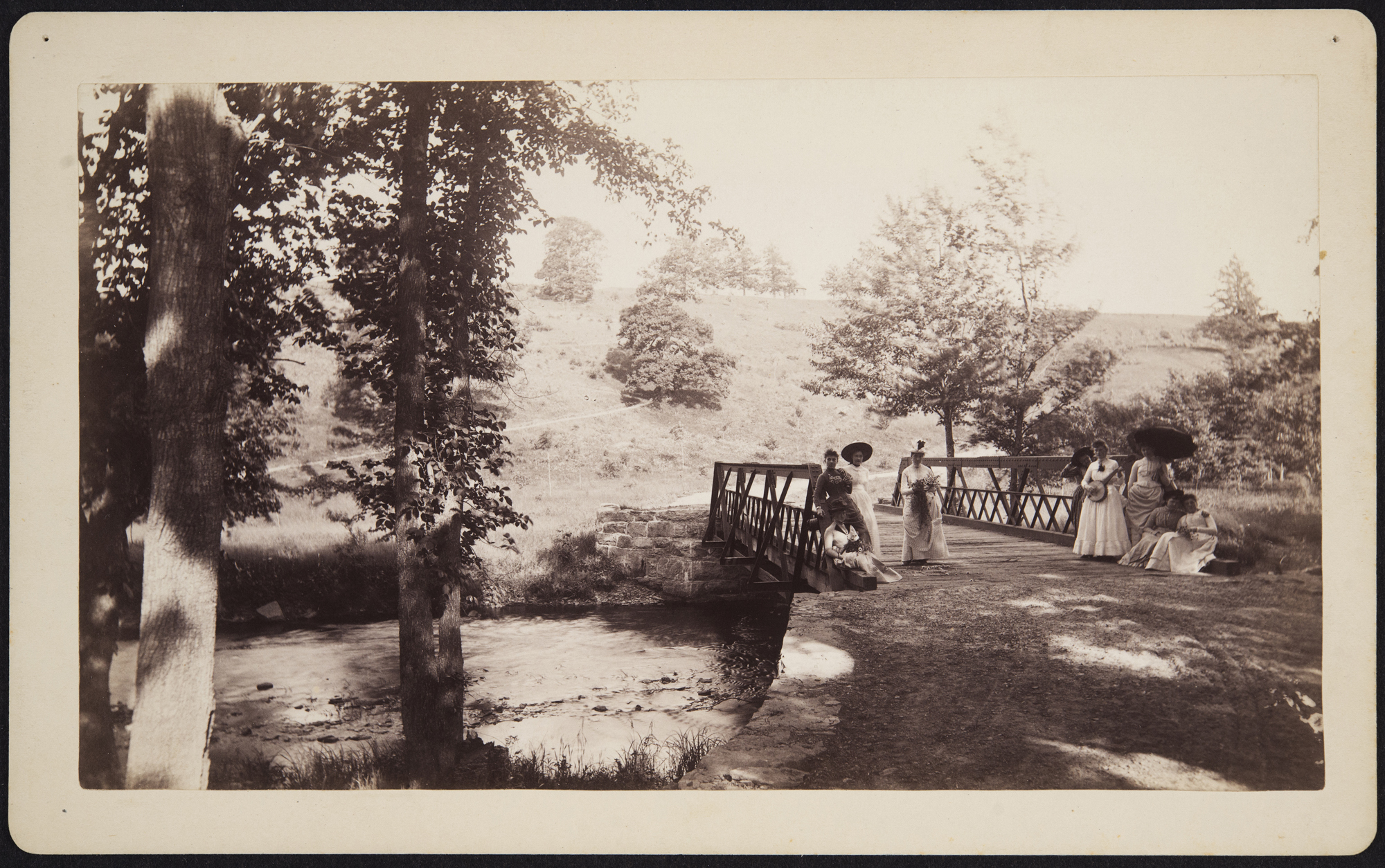 In the festive Women on the Iron Bridge, 1886-90 the bridge gives on to the roadway, and the footpath is visible on the left. For a few years until its outlook was blocked by growing trees, the Pepper Box was prized for its view of Mt. Nonotuck and the Mt. Tom range. It was also called the “Spoon Holder” to evoke “spooning,” a rare hint of erotic socializing among the students. A manuscript in the archives by Louise Dodge, a junior in 1902, records jokey rules for the Pepper Box. No two persons could remain inside for more than five minutes. “Each couple must wait till the last couple gets out before entering.”  “Sittings by moonlight restricted to 3 minutes.” A Maypole dance was often performed in the clearing by the Pepper Box. In May 1901 a costumed procession up the hillside led to a representation of a sixteenth century May Day. The maypole dance was followed by Elizabethan and other plays. Another colorful May celebration in 1905 featured a float of dancers among the costumed revelers winding up to the Pepper Box; a supper was served, followed by the Sophomore Play. Other college ceremonies were held there from time to time. The last known event at the Pepper Box was on May 8, 1918, when seniors performed a circus for the freshmen.