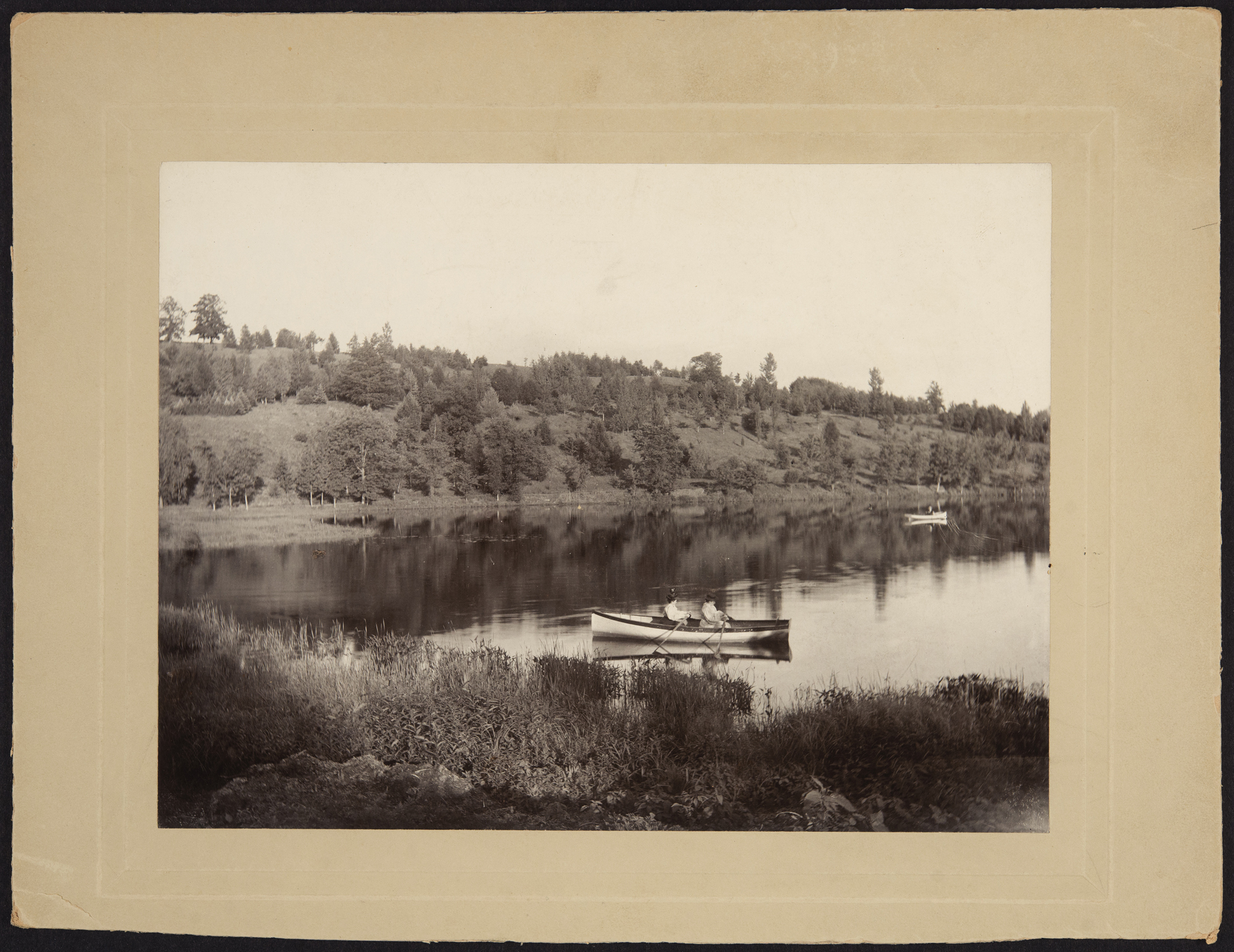 A few trees that might be old enough to conform to Bowditch’s 1882 plan are found today, but Prospect Hill has become so densely forested that it’s not known if the 1882 plan was consistently followed after the Seminary started its tree nursery. (Moreover, the 1938 hurricane leveled much of the hill.) By the late 1890s, Goodnow Park’s trees and open spaces resembled British picturesque parks of the Romantic era. A comparison of Canoeists on Lake Nonotuck below Goodnow Park, 1896-97 with the earlier Canoeing on Lower Lake, 1880-82 reveals the transformation of the old pasture to an attractive park. For an educational institution, a variety of trees would not only suit an esthetic arrangement but also be available for the arboreal sciences. Over the next decade, postcards and stereo photographs published in Springfield, Northampton, Boston, and New York, show the attractive tree-lined carriageway of Goodnow Park, referred to by regional newspapers as a fashionable amenity of the Seminary (elevated to College in 1888). They reveal the transition of Prospect Hill to Goodnow Park and show Lake Nonotuck’s shores and Stony Brook. These photos date from the late 1870s until 1914 and include some that the college’s botany professor Asa S. Kinney took with his view camera after 1900.

The origins of the naming of Lake Nonotuck are obscure. In 1884 the Seminary bought the upper lake to use its water and to extend the campus. Soon thereafter the familiar millpond began to be called “Lower Lake.” Acquired with the latter was the gristmill that once stood alongside the dam whose bridge now leads to the Mandelles. The first known documented reference to Lake Nonotuck was made in the winter of 1895-96, several months before the great fire that destroyed the Seminary building. Who was responsible for elevating Lower Lake to its new distinction by invoking the prominent peak of the Mount Tom range? This is not yet known, nor is the year of its renaming.