When the Committee of Civil Rights was founded in April of 1960, the atmosphere on campus regarding the Civil Rights movement was mainly conservative. The founding members of the group attached their names to the organization, but left others’ participation anonymous so that other students could be involved without fear of repercussions.  As a result, there is little documentation on the Committee on Civil Rights and this is also true of the later Civil Actions Group. This summer, the Archives and Special Collections Interns reached out to participatory alumnae to interview them about their experiences being a part of these groups.

Quotes by participants of both groups, featured on this page, discuss their reasons for getting involved, the atmosphere on campus including student and faculty reactions regarding the Civil Rights Movement, and what it was like as a white student in a Northern college figuring out how to best support Black Southern students. The 1960 Woolworth sit-ins, in which Black college students refused to leave the store upon being denied service at the lunch counter were cited by members of the Committee on Civil Rights as their inspiration for getting involved. Anne Martin ‘62 traveled to the South with other student activists to attend a Student Nonviolent Coordinating Committee (SNCC) meeting in Atlanta, GA on October 11th, 1960 to discuss how they could best support the movement. It was decided that Northern students and universities would focus on fundraising and sending money to Southern organizations like SNCC to use for bail and lawyers.

In a 1906 Suffrage Convention address, Mount Holyoke College President Mary Woolley prophesied “[t]he time will come when some of us will look back upon the arguments against the granting of the suffrage to women with as much incredulity as that with which we now read those against their education.” Although we may now reflect on the struggles of voting rights activism with incredulity, it’s important to be cognizant of the history of our civil rights to inform a future of activism. 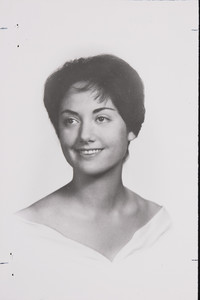 Louise DeCosta Wides ‘62, Co-Founder of the Committee on Civil Rights

“I saw on the front page this story about these kids, sitting in a luncheon counter or something in the south, and about other students beginning to organize, trying to get support for these students because maybe they needed lawyers and they didn’t have very much money. And I just was so upset by the article—I just was like, “Oh my god, this is just terrible” and it was just like something happened to me.”

“You engage in some kind of political activity it isn’t just that moment—it may really be a pivotal moment in your life, and I think it was for me, … I just feel like it was an awakening and the realization that I had a responsibility to try to change my society and make it a better place.”

“It wasn’t voting rights, it was just functioning as a human being. I mean, if you can imagine, at that time bathrooms were segregated, water fountains were segregated, restaurants, luncheon counters—I mean, it’s just unbelievable.” 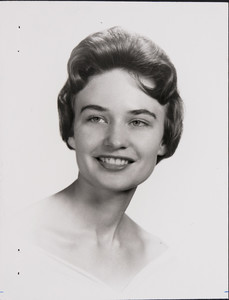 Marion Fitch Connell ‘62, Co-Founder of the Committee on Civil Rights

“I can remember very clearly that a group of us were very distressed that students in the South—Black students in the South—were being arrested and put in jail for peaceful, non-violent demonstrations in their areas. And in fact, in some cases, they were also being expelled from their schools for having done so. It was a natural outgrowth, I think, not only of our upbringing—the four of us who were most pivotally involved in this—but also of the Mount Holyoke experience, quite frankly, which goes back a very long time, in being interested in dedicating one’s career—one’s life, if you will—to a larger purpose, to help other people, and in particular, help people who need it the most.”

“I was physically threatened by another student one night when I was coming home from the library after it closed … I was accosted and physically threatened by a student. There were many people on campus who were uncomfortable if not outright opposing what we were doing. So our strategy was to put our four names out there, and let other people participate when as and if they wished to do so.”

“I think in general, the student body supported us—some were afraid to show their support, and there were a few who actively opposed it. But they became much less vocal and obvious as the movement progressed, not only on campus but nationally. I think it became clear to those few very quickly that their position was not tenable on the Mount Holyoke campus.”

“I was amazed at how supportive the faculty and staff of Mount Holyoke were … I was summoned to Mr. Gettell’s office. I was quite concerned, I thought I might, you know, get a dressing down, or even possibly get expelled … instead, what I got was a big smile, a firm handshake, and a lot of encouragement.” 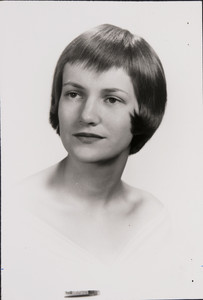 Susan Higinbotham Holocombe ‘62, Co-Founder of the Committee on Civil Rights

“We were really concerned about the sit-ins in the South and the injustice of Jim Crow continuing. We felt that the treatment of young African American people was horrible. We needed to find a way to say something—to do something about it, even though tucked away in South Hadley we weren’t sure how much we could do.”

“We didn’t really think that going out and demonstrating was really what we did, but we felt that we had to do something, we had to take a stand, we had to say that we thought that barring people from using lunch counters in the South was wrong and that this kind of Jim Crow practice needed to end.”

“I think the notion of equality is not universal, even at a liberal college like Mount Holyoke.”

“The Civil Rights issue was a human-level issue that I really felt strongly about; that if we believed in our ideals as a country, we had to address this. And what we did was very small—I don’t think we should blow our fundraising out of proportion. I think the more important thing is that it was a time when many people in the country began to do things. I don’t think most of us as Mount Holyoke students had the means—we wouldn’t have been financially or otherwise able to leave school and go down South and work with some of the student groups or other groups in the South, as some college students did at that time.” 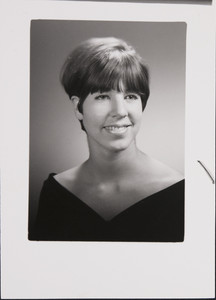 “The motivation was because I saw all sorts of injustices around and I wanted to do what little I could do to inform people and to try and change things.”

“I recall going into Springfield which had a very large Black community and going door to door and trying to get people to register to vote.”

“I remember people being very apolitical at the time, you know they were concerned with their courses, their boyfriends, what they were going to do after school.” 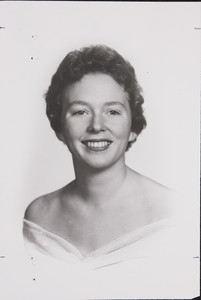 Anne Martin Williams ‘62, Co-Founder of the Committee on Civil Rights

“I was the representative of Mount Holyoke in the SNCC meeting down … in Atlanta … We were there to find out what was really going on and to have an on the grounds recollection of where we would fit in, where people at Mount Holyoke could help … We came back from that trip, realizing that the best way we could help right now was probably not to descend upon everybody down there but to raise money.”

“I know what I did was kind of a very small precursor to the greater thing, but I’m glad—I mean it started things. And it was kind of a starting, a recognition of what was going on. And then civil rights grows bigger than just with the African American situation. It gets into a lot of disenfranchised people as you move on. As we are seeing today.”

“I think it [the Committee on Civil Rights] influenced in a way of making me realize …  how big the world really was and how big and important our country really was. And how important it was to embrace everybody who has come to this country for whatever reason and welcome them and show them that as human beings we are all one.”