Mount Holyoke and Beyond 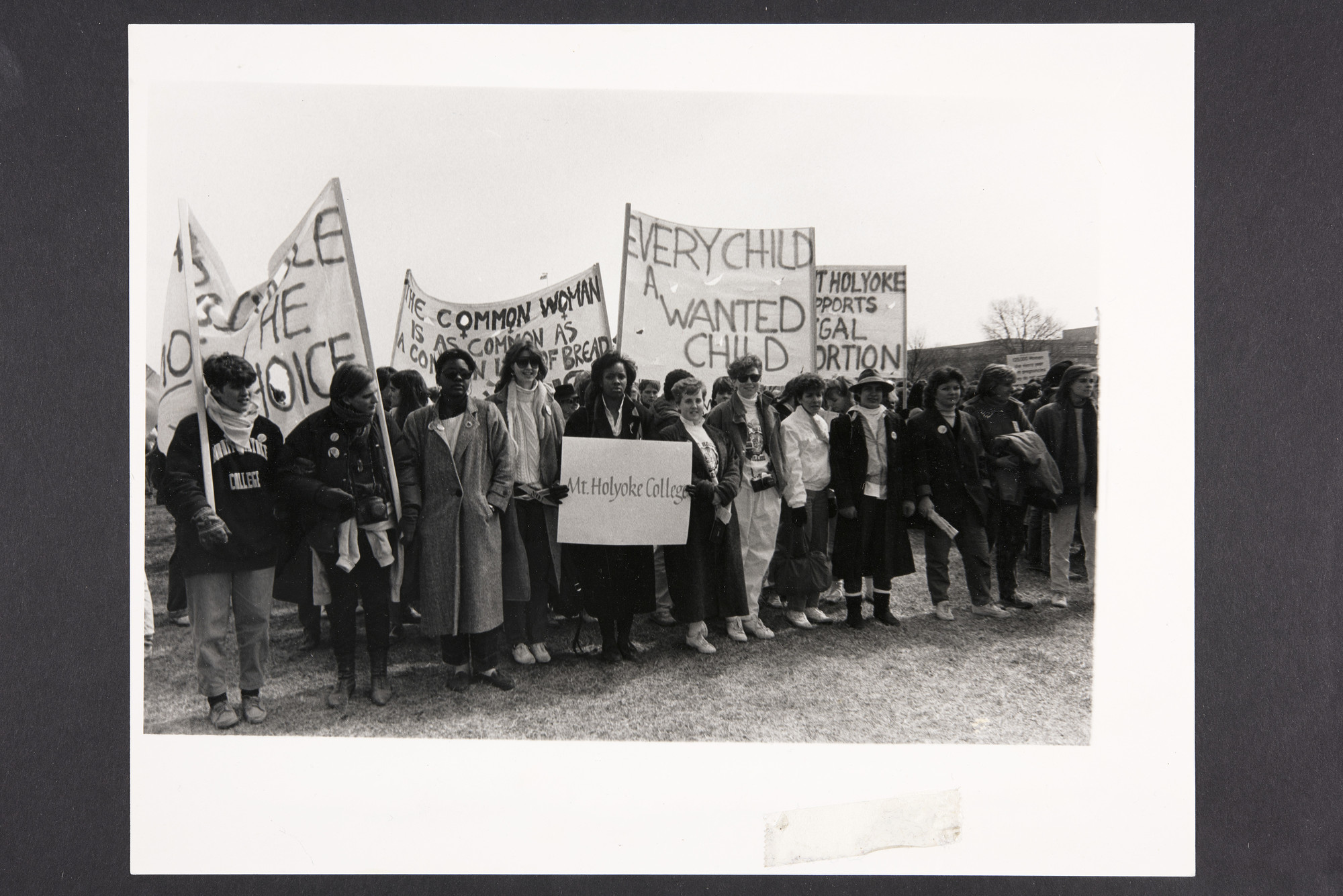 Coat hangers labeled with the saying “Never Again” became a common theme for many marchers and protesters on March 9, 1986. Banners and signs were one of many forms of demonstration. Other methods were chanting as well as using songs to voice opposition.

An estimate of about sixty-five Mount Holyoke College students attended the march in D.C. adding their voices to crowd of 80,000 supporting reproductive rights. Students arrived by bus and private cars to voice their opinions and wave signs/banners to demonstrate their support for the pro-choice March, organized by the National Organization for Women (NOW).