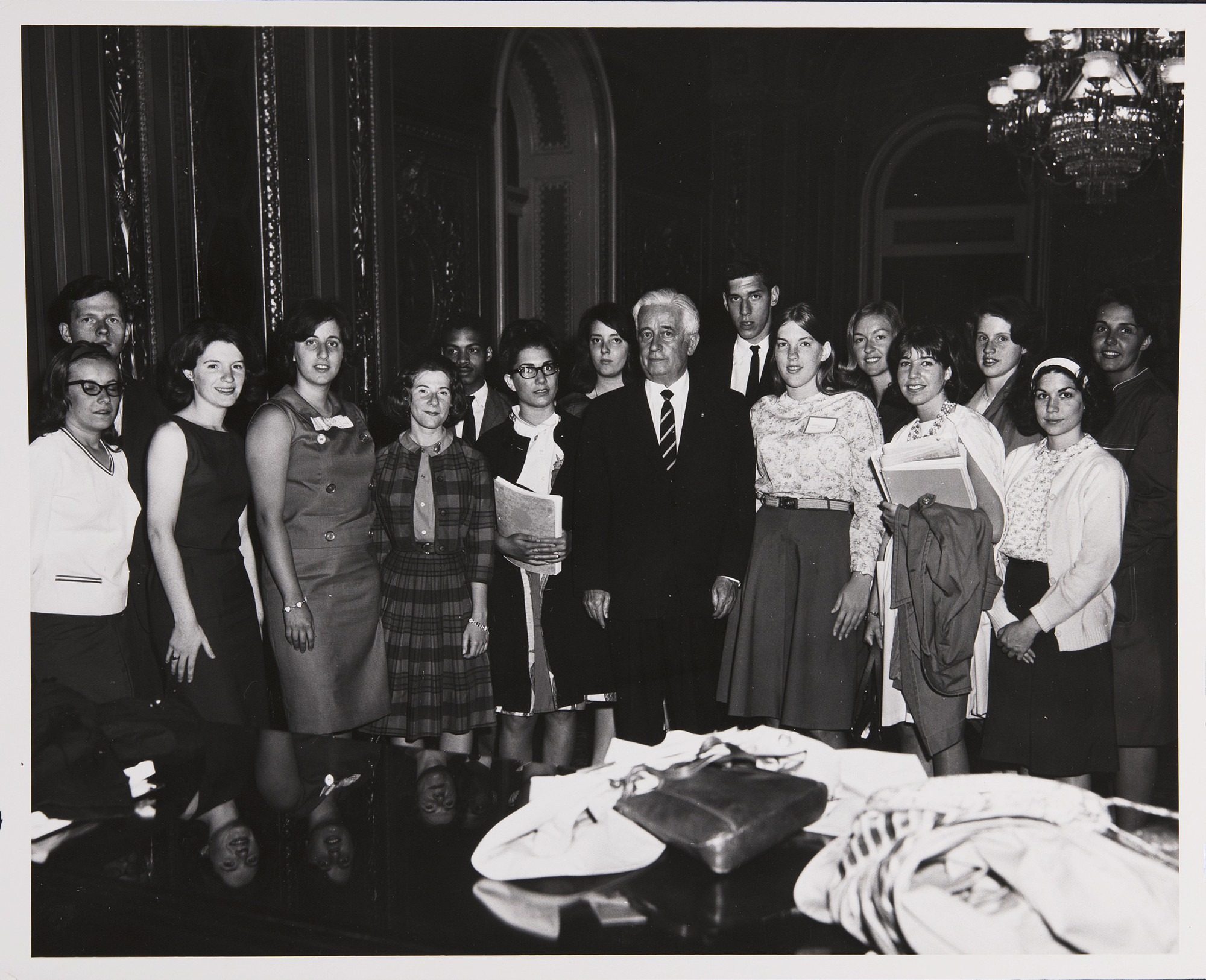 Mount Holyoke and Amherst Students in Washington D.C., May 15, 1964

The 19th amendment was passed in the House of Representatives and the Senate in May and June of 1919. It prohibited states and the federal government from denying U.S. citizens the right to vote on the basis of sex. By August of 1920, the amendment was officially ratified by the states. In the roughly 40 years from 1920 to the late 1950s/early 1960s, both Black women and men were targeted by a number of various disenfranchisement practices including but not limited to poll taxes, educational requirements, and grandfather clauses.

The wave of civil rights activism dating from the mid-1950s to the late 1960s focused on many issues, including voting rights. Disenfranchisement practices made registration very difficult for African Americans. Violence at the time of elections also worked to suppress Black voters. Beginning in 1962, civil rights groups such as the Congress for Racial Equality (CORE), the Southern Christian Leadership Conference (SCLC), and the Student Nonviolent Coordinating Committee (SNCC) organized voter registration programs in Mississippi, Louisiana, Alabama, Georgia, and South Carolina. On campus at Mount Holyoke, the Committee on Civil Rights group supported SNCC’s mission by sending money from fundraising efforts.

It is important to note the limited amounts of material from the archives on the Civil Rights Movement. Mount Holyoke is a primarily white institution and its student population has often reflected that, including in the 1960s. Many white students at Mount Holyoke did not participate in civil rights activism for various reasons, from apathy to racist beliefs. 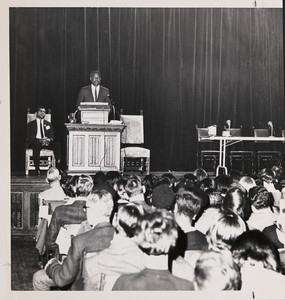 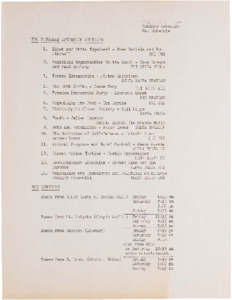 Seminar Schedule from the Civil Rights Conference at Mount Holyoke, 1965 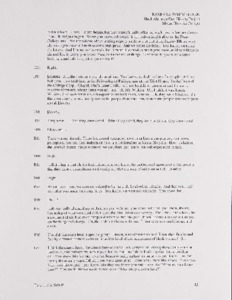 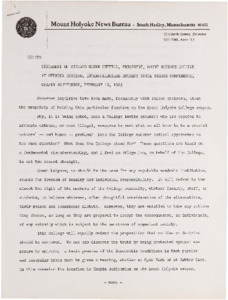