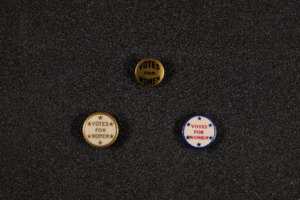 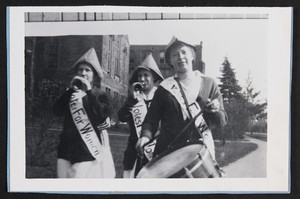 In the 1960s, Mount Holyoke had two student organizations that participated in civil rights activism. On a national scale, the Civil Rights Movement was concerned with gaining constitutional and legal equal rights for African Americans. This included areas such as equal access to education, fair housing, and voting rights, among other issues. From 1960-1962, the Committee on Civil Rights coordinated fundraising events to support activists in the South. The money collected from fundraisers was given to groups like the Student Nonviolent Coordinating Committee, who were involved in historic Civil Rights events including the 1961 Freedom Rides, the 1963 March on Washington, the 1964 Freedom Summer, and the Selma to Montgomery marches in 1965.

The Civil Actions Group first began as a Holyoke tutoring program in the fall of 1963. The idea to work with high school students was introduced by the Fellowship of Faiths, but this discussion led to the creation of a separate group to spearhead civil rights-oriented community service initiatives. The two groups maintained a close relationship because of their shared similar goals and because this affiliation allowed the Civil Actions Group to receive funding from the Student Government Association despite its status as an unrecognized student organization. The Civil Actions Group later expanded its focus to include voter registration and anti-war activism. By the time of the Black Power movement, race-related campus activism gravitated to the creation of affirming spaces such as a cultural center and Black studies as part of the curriculum. 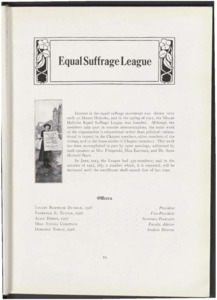 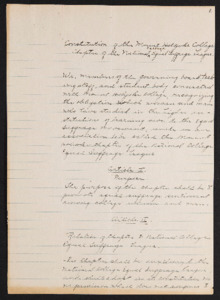 Constitution for the Mount Holyoke Chapter of the National College Equal Suffrage League, 1911 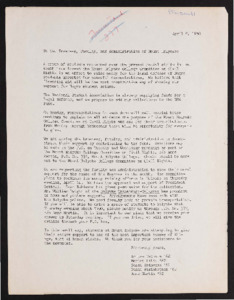 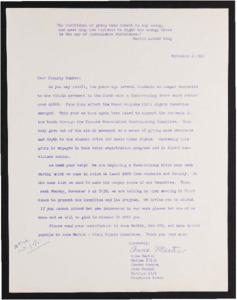 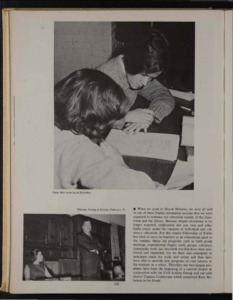 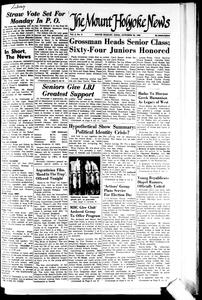