A Space of Our Own

← Merging?
A Decade with Nothing →
A Space of Our Own 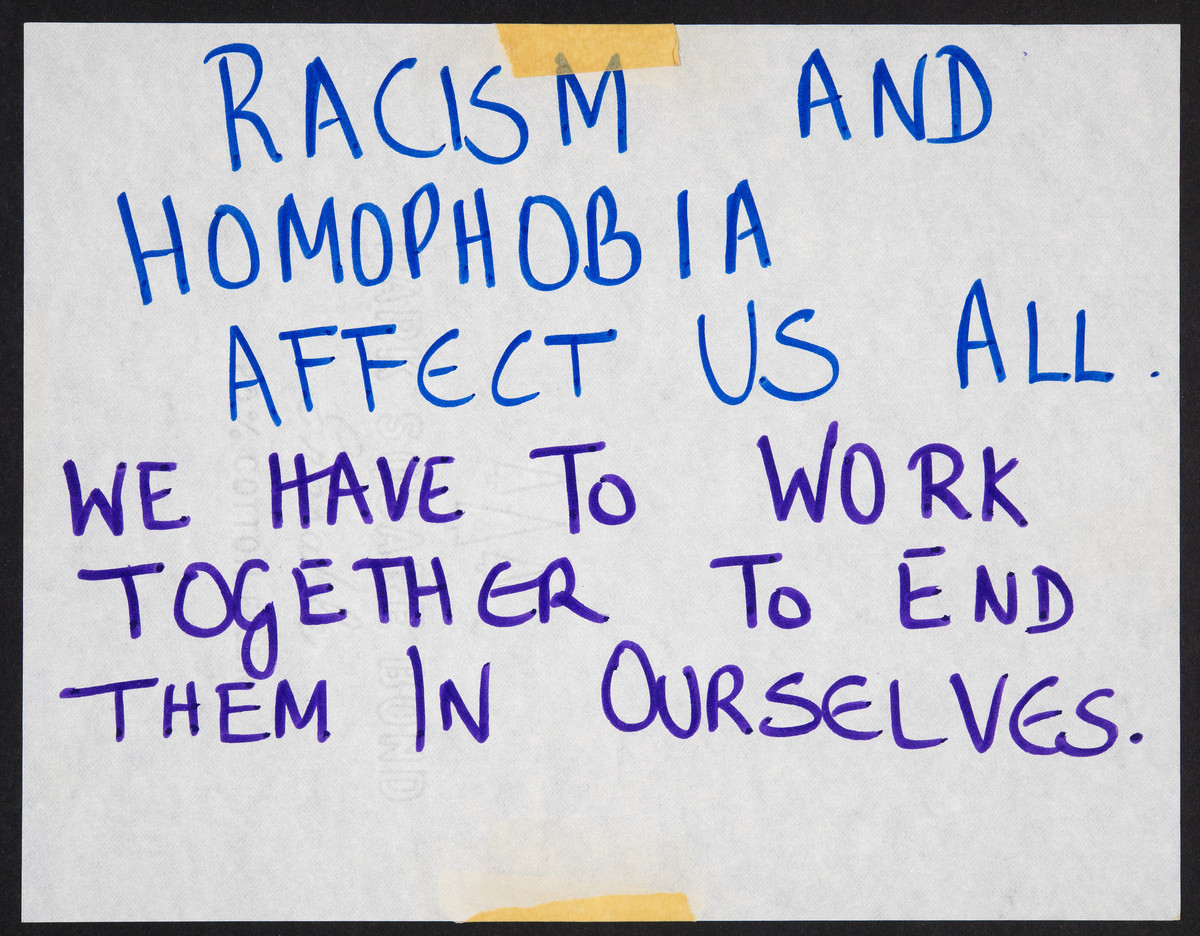 Student made poster, circa the late 1990s [Click the image to see the other side as well]

Towards the end of the 1990s, students began to see the need for a specific cultural center dedicated to LGBT people at Mount Holyoke. Megan Haaga, Class of '15, and an Archives and Special Collections assistant, writes:

The Jeannette Marks House was opened in 1999 and serves as a cultural space for lesbian, bisexual, transgender, queer, questioning, and allied students. The house was founded because of a March 13, 1997 rally of over 100 students against racism, demanding the creation of the Marks House, along with the ACE House, and an Asian-American Studies program, and rejecting proposals for financial and academic changes. The sit-in at Mary Lyon Hall and protest on Route 116 was covered by national media and lasted for 30 hours, until President Creighton agreed to meet their demands. The protest culminated after many years of petitions, requests, meetings, rallies, and proposals. The house includes a queer library.

← Merging?
A Decade with Nothing →
A Space of Our Own