← The Beginnings (But Not Really)
New Alliances →
Star Gazing: The Astronomer Years 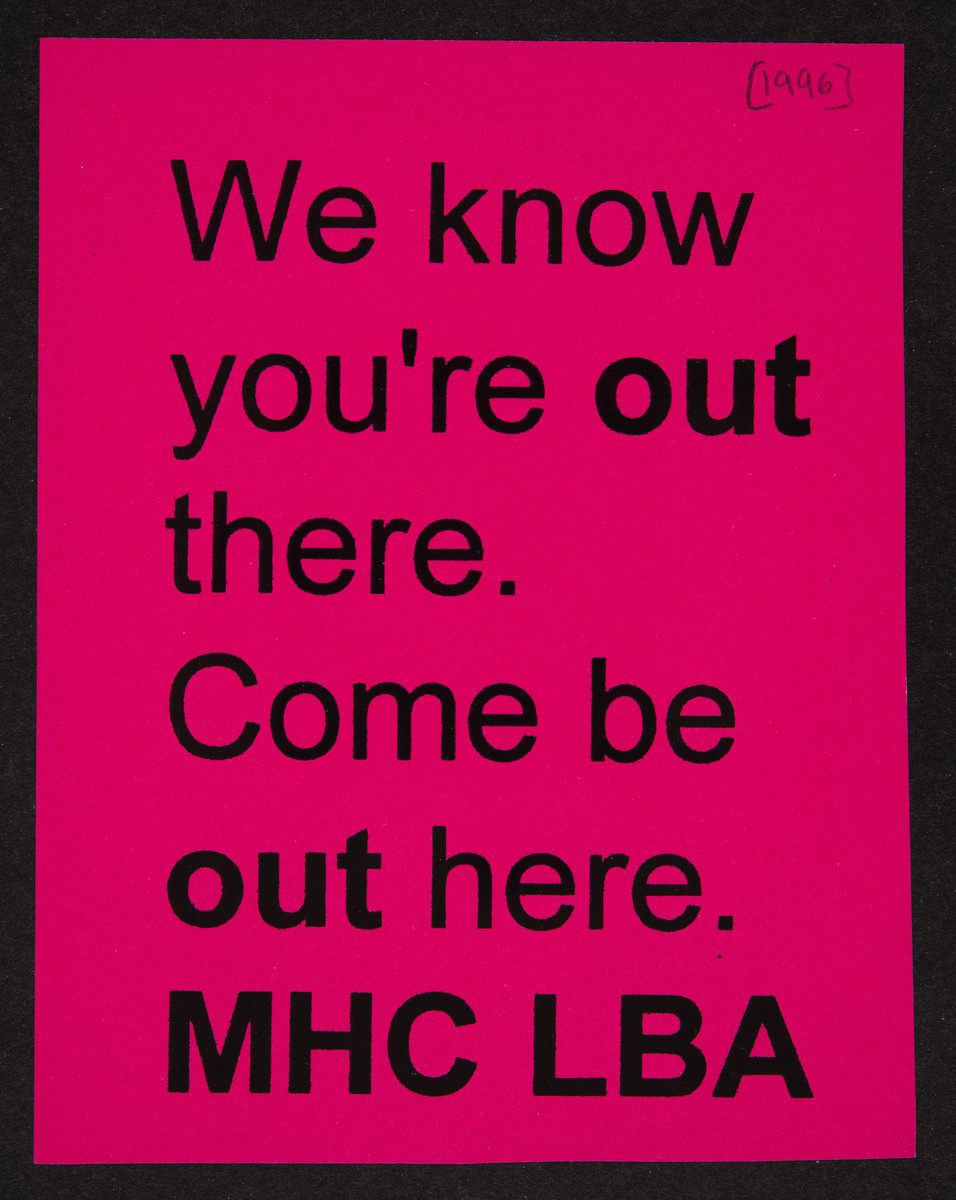 "This is my anniversary, and I have no one to celebrate with, because this is my anniversary. What I want to know is how many others on the MHC campus are lesbians. I look for you in the night; we are like stars. They can't be seen during the day, but I know they're there."

On October 2nd, 1975, an edition of Choragos school newspaper published an anonymous letter entitled "Anniversary in Loneliness." In that letter, the author says that she came out as a lesbian to an Amherst man two years ago and that she is incredibly lonely as a result. She wants to know if there are other lesbians out there at Mount Holyoke and says that the other Valley schools do a better job of recognizing that "some women really do love each other."

A week later, Susan Horsman (the Choragos editor in chief at the time) conducted a lengthy interview with "Astronomer," asking her all sorts of questions about her feelings about being a lesbian at MHC. Astronomer mentioned that she hoped these newspaper articles would "publicize the issue of lesbianism" so "some facilities" may come out of it. Over the next couple of editions of Choragos, support came in the form of short messages to Astronomer. One advised her to come to Eliot House at 8:30 that night to "see the stars." On October 23rd, 1975, a new piece was published in the Bulletin Board section of Choragos, asking if the women who had been meeting weekly in Eliot house wanted to be an official group.

According to an article written by Marcia Blomberg, about 30 women were attending the gatherings. They discussed why the meetings in Eliot House were so important and what each woman looked to gain from the space. On November 6th, 1975, an ad ran in the paper for a "Gay Support Group," meeting weekly for discussions and parties.

The meetings continue on into the spring and the next fall. In September of 1979, almost four years after Astronomer published her "Anniversary in Loneliness" piece, the Lesbian Support Group became the Lesbian Alliance. Although the members considered many names, they ultimately decided on the Lesbian Alliance because it conveyed a sense of togetherness in the face of hardship as well as explicitly used the word "lesbian".

← The Beginnings (But Not Really)
New Alliances →
Star Gazing: The Astronomer Years