← Heterosexual Awareness Week and Pushback
Hopes and Wishes →
It Takes All Types: The 1990s 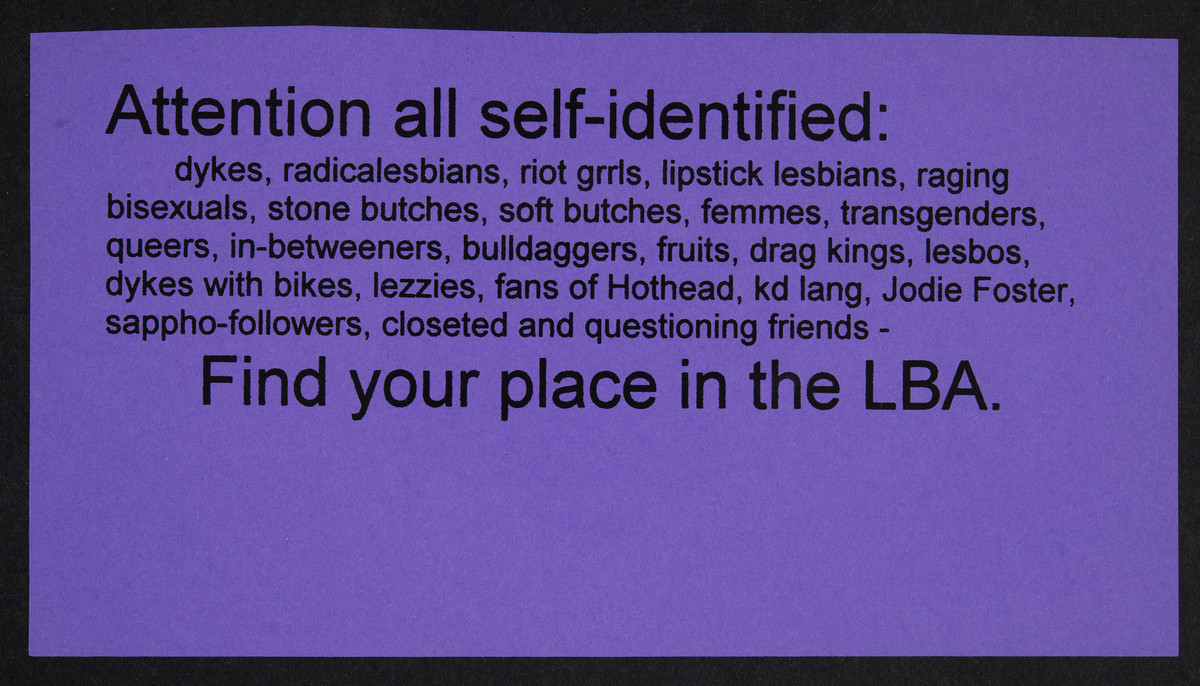 Flyer distributed by the LBA, spring 1996

The LBA celebrated its 20th anniversary in March 1996. The organization hosted a weekend of alum speakers, panels, a poetry reading, a visiting comedy troupe, and more. Soon after that, the LBA hung mini posters up all over campus. The posters said:

It takes all types.

We know you're out there. Come be out here.

Be out. Be proud. Be a member of the lba.

One of the posters was put on Mary Lyon's grave and caused controversy amongst the students. In emails exchanged with the administration, a student describes the LBA's political motivations and how the flyering on the grave was most likely an accident. 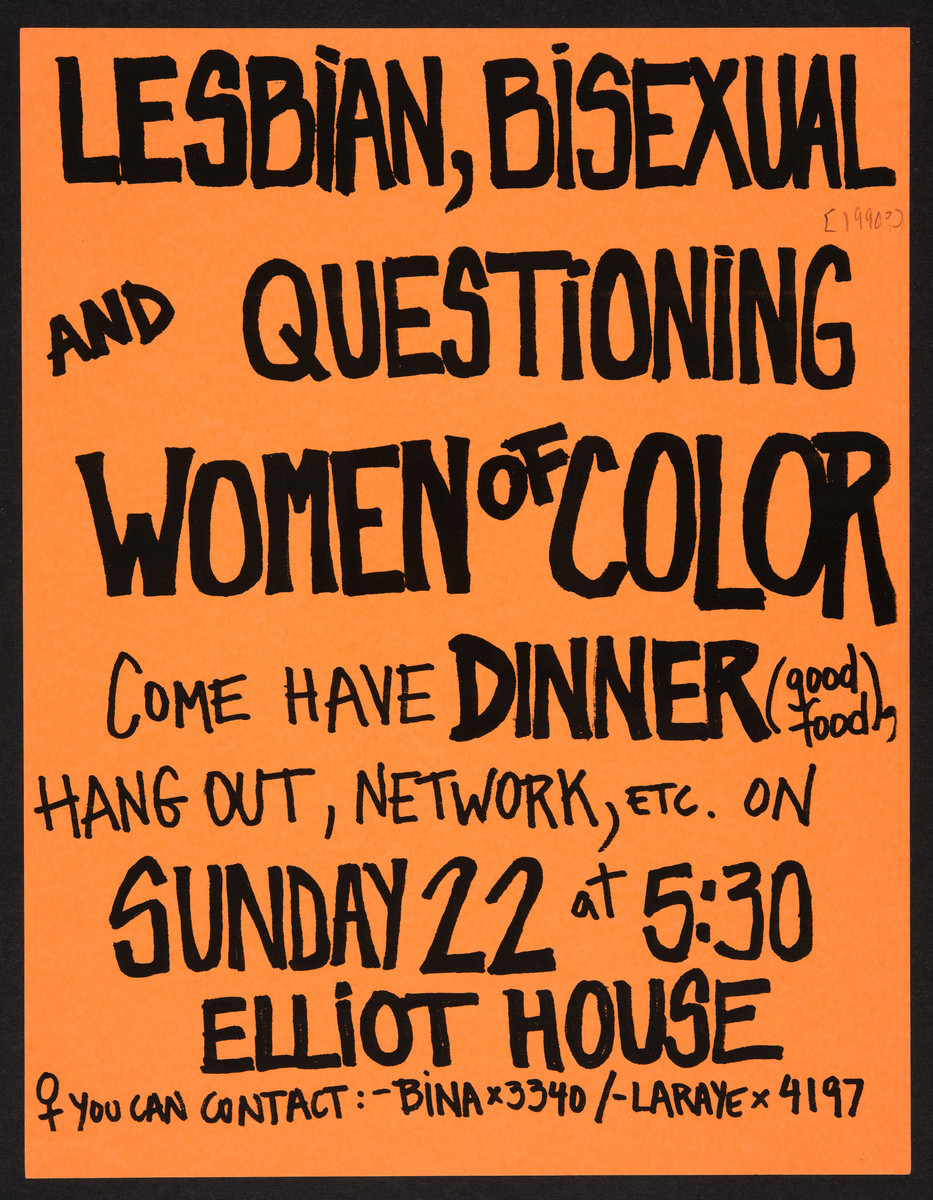 Flyer advertising a dinner for lesbian, bisexual, and questioning women of color, circa 1990

Other student organizations were begining to take note of the need for community with lesbian and bisexual students. The Lesbian Bisexual Interfaith Alliance was founded in 1990 and was awarded a budget of $300 for a panel, an info table at Blanchard, and refreshments for their weekly dinner meetings in Ham Hall. It was a space for lesbians and bisexuals of all religious backgrounds to come together to discuss the intersections of their identities.

Events were happening all over campus and in the surrounding Five College area in the 1990s. At Mount Holyoke, there was a poster circulating that advertised a dinner for lesbian, bisexual, and questioning women of color, circa 1990. A small flyer discussing a rally against homophobia (entitled "Silence is the voice of complicity) was distributed around campus around the same time. On November 15th, 1996, the LBA hosted a candlelight vigil and an open mic.

The only information we have in the Archives and Special Collections on these events is three flyers. While we know they happened, it is difficult to figure out exact dates or locations. We are definitely looking to collect more information about the 1990s as a time of lesbian, bisexual, and transgender activism.

← Heterosexual Awareness Week and Pushback
Hopes and Wishes →
It Takes All Types: The 1990s