← Women Against Heterosexism
It Takes All Types: The 1990s →
Heterosexual Awareness Week and Pushback 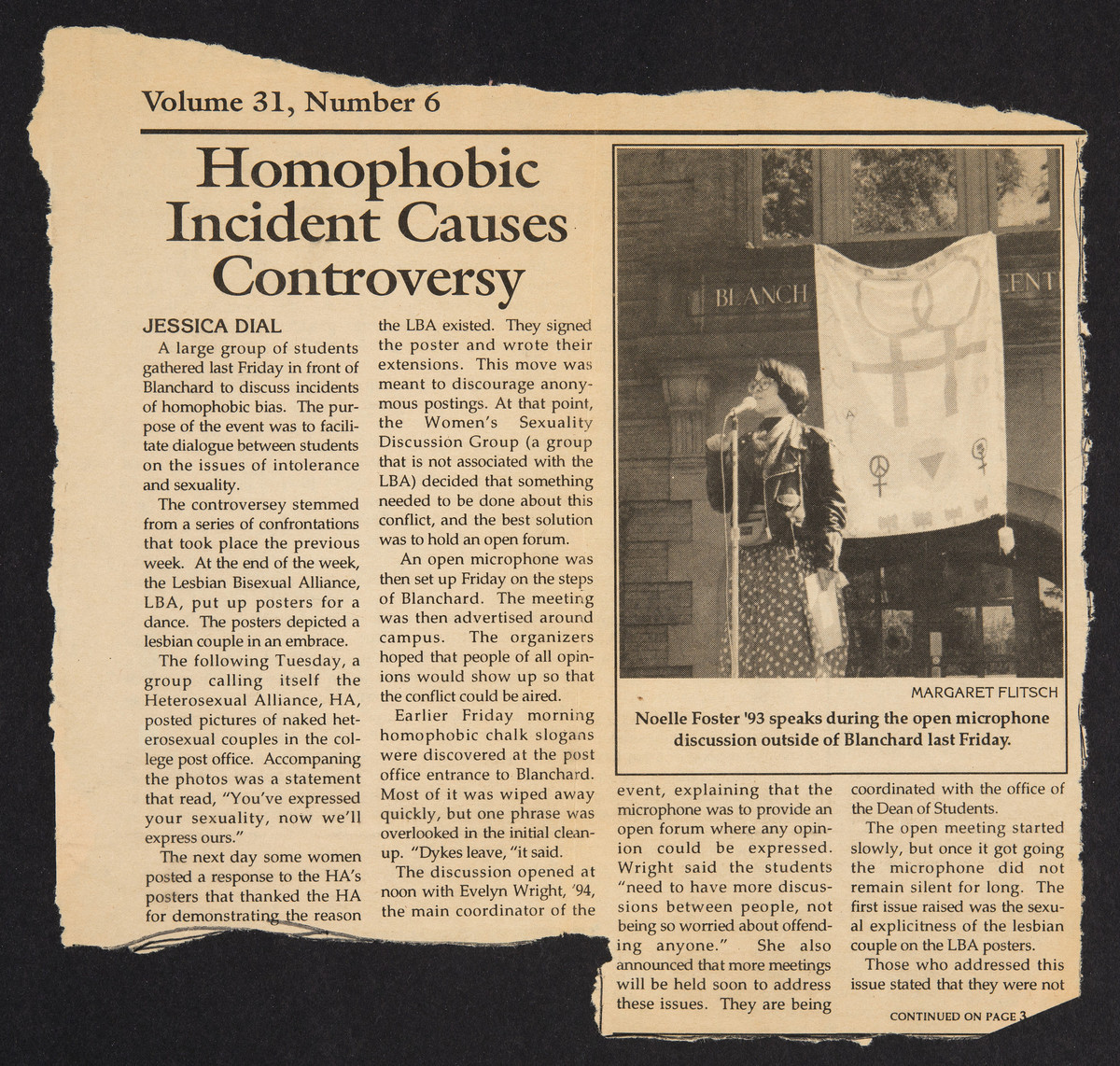 Newspaper article from October 29th, 1992 describing homophobic incidents on campus and the community's responses (including the formation of a "Heterosexual Alliance" in response to the LBA) [Click on the photograph to read more]

The week of April 1-9, 1990, was Lesbian Bisexual Awareness Week at Mount Holyoke. The LBA planned all sorts of events, including a talk by Barbara Smith (a noted black lesbian alum), a discussion about the "Myths and Realities of Bisexuality," and a LBA faculty and staff tea. They also held a benefit dance for Dignilife, Aids Support Services, and a public education organization.

The next week, there was pushback from straight students. A few decided to declare the week of April 12th, 1990 "Heterosexual Awareness Week" and hand out blue circles, in contrast to the pink triangles signifying LGBT people in concentration camps during World War I. There was also a rally on Skinner Green. An organizer of the rally said, "we [heterosexuals] cannot speak up without fear of persecution, without fear of ostracization." Someone else said, "I am scared to death." Another student even said that heterosexuals were "being shoved into the closet."

This pushback is important because it highlights how threatened students felt. The act of their lesbian and bisexual peers speaking out about their identities made them uncomfortable, so much so that they organized a week to celebrate their own (non-marginalized) sexual orientations.

← Women Against Heterosexism
It Takes All Types: The 1990s →
Heterosexual Awareness Week and Pushback