← Across the "Spectrum" and Zines
A Space of Our Own →
Merging? 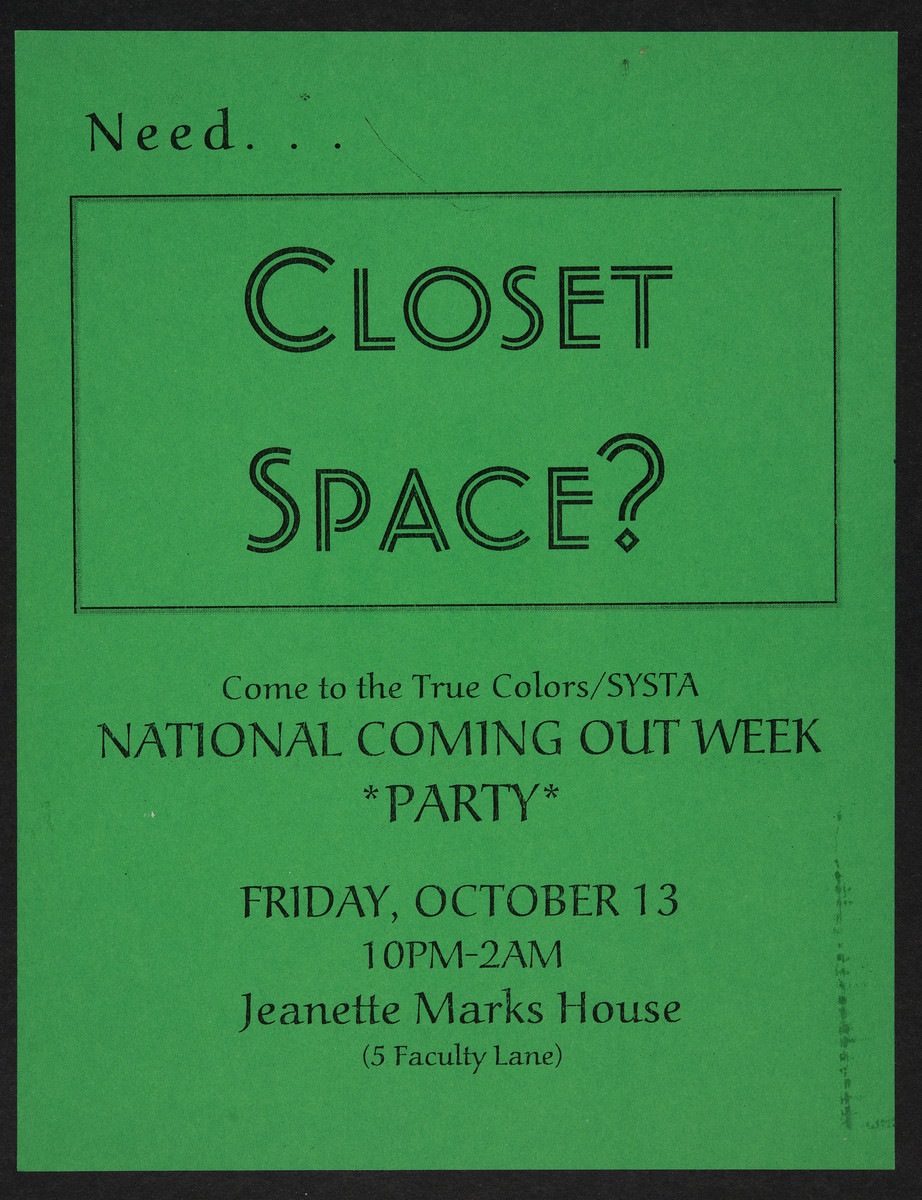 In November of 1999, the Lesbian Bisexual Transgender Alliance merged with Slip of the Tongue and Spectrum to form True Colors. True Colors' initial membership was between 70-80 people. The Mount Holyoke News article mentioned that SYSTA, the closed space for LBTQ women of color, opted to remain separate. According to an org directory from 2001-02, SYSTA was "a CONFIDENTIAL group" created in 1994-95 for lesbian, bisexual, transgender, and questioning women of color. It was an informal support group that "served many different needs of members." SYSTA met in a confidential place known only to its members. SYSTA did not merge with the other orgs for numerous reasons, including the racism in primarily white organizations and the need for a closed space for women of color. The orgs did host events together in the following years. For example, in October 13th, 2000, SYSTA and True Colors hosted a "coming out week" party in the Marks House.

← Across the "Spectrum" and Zines
A Space of Our Own →
Merging?