← It Takes All Types: The 1990s
Libertad, Freedom →
Hopes and Wishes 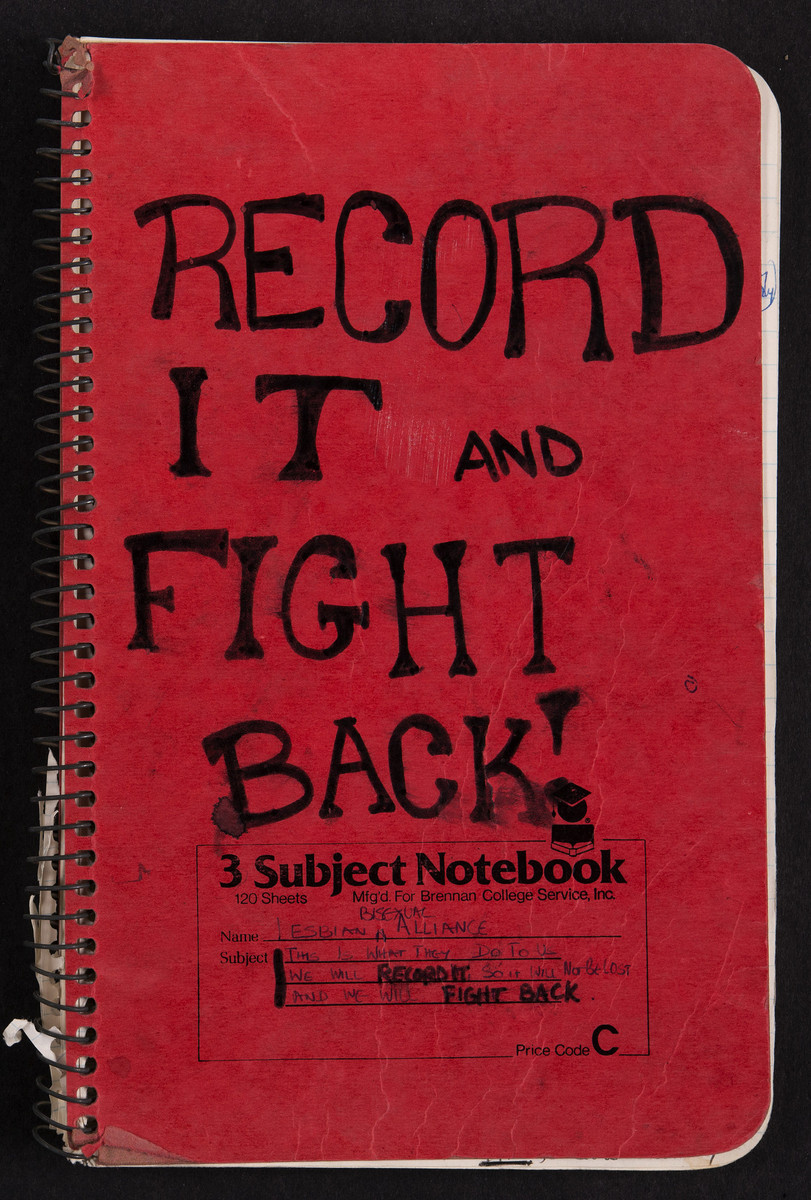 “Record It and Fight Back!” Notebook detailing incidents of homophobia at Mount Holyoke, maintained from 1988-2005 [Click the image to read the entire notebook]

In 1997, the LBA handed out questionaires to its members asking them what they thouught the organization was and could be in the future. The following are quotes from various students about their "Hopes and Wishes" for the LBA.

I want the LBA "to protect l/b/q/t/ women...and heighten visibility of l/b/t/q life."

"If people are talking about the lba @ the end of the year, we have been successful."

The LBA needs to "provide a safe space for lesbian, bisexual, transgender women to get together for support, action, and growth."

We should be "the loudest, most political, most talked about group on campus."

One of the wishes was for a new cultural space for the LBA to meet. In the spring of 1997, leaders of the LBA met with the office of the ombudsperson and other staff members to make this dream a reality.

← It Takes All Types: The 1990s
Libertad, Freedom →
Hopes and Wishes