Across the "Spectrum" and Zines

← Libertad, Freedom
Merging? →
Across the "Spectrum" and Zines 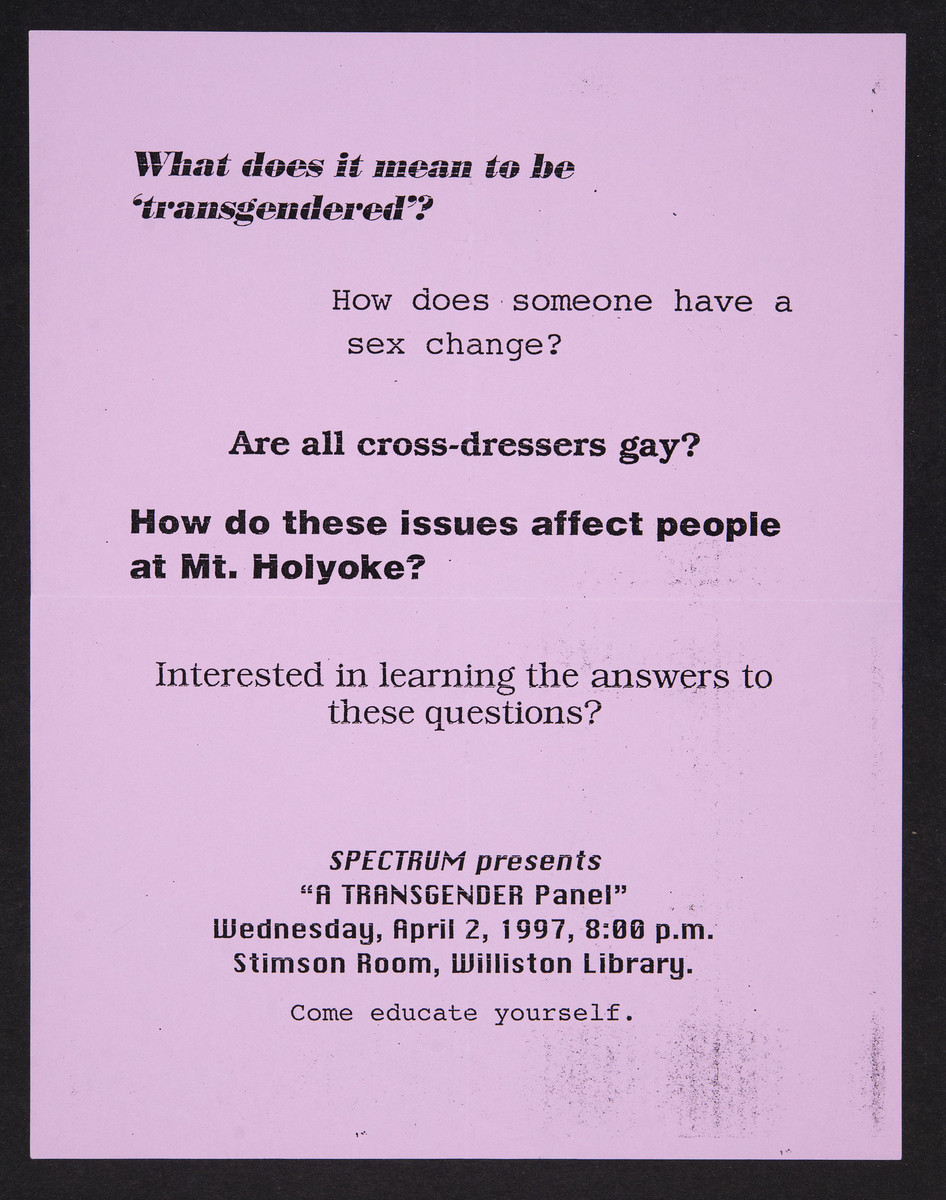 A flyer adverstising a "Transgender Panel," hosted by Spectrum on April 2, 1997

In the spring of 1993, a new organization called Spectrum was founded to inform the Mount Holyoke Campus of "prejudice against lesbian and bisexual women." They held many events, including a film fest and a benefit dance to help overturn Amendment 2 in Colorado. According to a MHN article from April, 1995, the org was open to lesbian, bisexual, and straight women, with "allies and friends wanted."

In 1997 Spectrum presented a transgender panel asking the following questions:

How does someone have a sex change?

How do these issues affect people at Mount Holyoke?

What does it mean to be transgendered?

This panel is the first archival evidence we have about discussions regarding trans identities on campus. It's almost definite that these conversations happened prior to this panel, but were not archived. The panel was comprised of five transgender people who talked about their experiences in the Pioneer Valley and beyond. A trans man from South Hadley emphasized that gender identity is very different from sexuality and two of the trans women on the panel said they risked their lives and relationships by coming out as transgender.

Spectrum also produced a zine and hosted a slip-n-slide against homophobia! 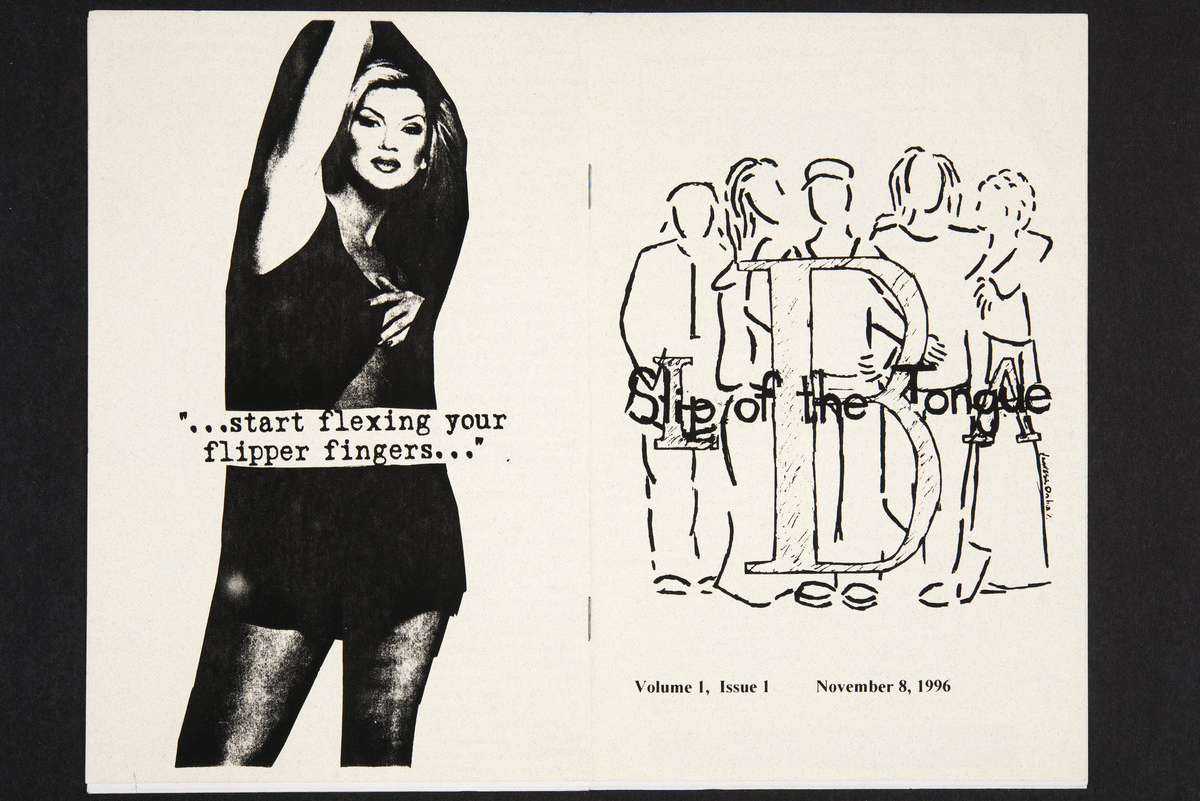 Issue one of 'Slip of the Tongue,' 1996 [Click photograph to read the complete zine.]

In the fall of 1996, a group of students got together and decided to produce a zine about LGBTQ issues. A zine is a mini magazine with a small circulation rate that is usually created with a very small budget. The students talked to the Lesbian Bisexual Alliance, Spectrum, and SYSTA (the closed space for LGBTQ people of color) to get submissions. They accepted a wide variety of submissions from students, alums, and faculty. The funds for the first issue came directly from the Lesbian Alum Network. 150 members of the Network unanimously approved funding the zine.

The first issue came out November 8th, 1996. It included poems, longer pieces, a photograph of a clitoris piercing, and quotes from various sources. The second issue contained a submission by President Joanne Creighton herself, as well as comments on the last zine. The editors of 'Slip of the Tongue' got the most negative feedback about the photograph of the clitoris piercing. The zine continued over the next couple of years, publishing often controversial content. After Volume 2, Issue 3, one person wrote in saying she wished "the editors of this zine [would] include more realistic pictures of women in their pages" not "airbrushed butts" and "wonder bra emphasized bodies". Another woman wrote in and said that she had been empowered by Mount Holyoke College " as a Lesbian, [and] a latino woman" but not as a student mother. In the following zine, there was information about how the Frances Perkins Office held a "Survival Skills for Mom FPs" workshop with resources for student mothers.

The next issue, Volume 2, Issue 4, was the first one designed on a computer (as opposed to the previous ones which had been made using scissors and rubber cement). The zine includes a "queers on the web" page with urls or resources including a site called "Lesbianism Made Easy," an e-zine, and the link to Good Vibrations sex toy shop. The last issue we have in the Archives is dated circa 2002-2003. 'Slip of the Tongue' is described as "Mount Holyoke College's lesbian, bisexual, transgendered, queer, questioning, asexual, and straight allies literary magazine."

← Libertad, Freedom
Merging? →
Across the "Spectrum" and Zines